ABOUT THE WISDOM ARCHIVE

The Wisdom Archive is a 501(c)(3) non-profit corporation based in Santa Fe, New Mexico.

Our purpose is to preserve and celebrate disappearing traditional culture via universally accessible youtube based video portraits of traditional masters at work in Northern New Mexico and around the world.

In essence, to be a video seed bank of traditional culture…

Filming to date has concentrated on masters of traditional colonial Spanish culture in Northern New Mexico where we are based.

Plans for the future, depending upon funding, and the generosity of viewer’s donations, include:
WHO WE ARE
FOUNDER/DIRECTOR
SCOTT ANDREWS, PHD 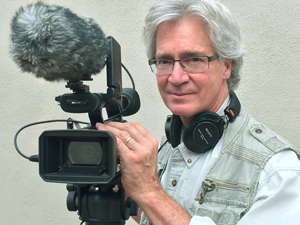 Scott Andrews has been producing and directing cross-cultural documentaries since 1982. He holds an MA in Visual Anthropology from Temple University and the Anthropology Film Center in Santa Fe, New Mexico (1982) and a PhD in the Design and Evaluation of Educational Programs from Stanford University (1989).

Among the better known films he has directed are:

And Then Came John, the story of John Mcgough, an artist and the unofficial mayor of the town of Mendocino, Ca who was born with Down Syndrome.  This film first aired on PBS, and became the first American documentary to be shown on national Soviet television.

Last Images of War, the Story of four photojournalists who died covering the Soviet-Afghan War, which premiered at the Sundance Film Festival and aired on the BBC, PBS and around the world. The film was nominated for three National Emmys, and won the Emmy for Best Director, while being shortlisted for the Academy Award for Feature Documentary.

School Colors, a PBS Frontline three hour special about a year in the life of Berkeley High School forty years after the Brown versus The Board of Education decision brought about school integration throughout the United States.  Winner of the Dupont Columbia Silver Baton Award for Broadcast Journalism, the Broadcast equivalent of the Pulitzer Prize.

Scott returned to Santa Fe, New Mexico to live in 2013.  Since then he has been filming with local traditional artists, musicians, and craftspeople, while working to bring his idea of a video seed bank of traditional culture to fruition.
DIRECTOR
CHRISTOPHER BEAVER 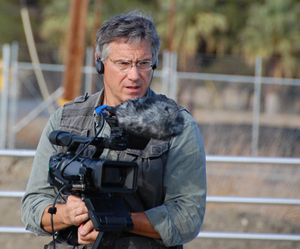 Christopher Beaver produces and directs multi-media projects concerned with the human experience of the environment.

His films as a producer, writer, and director include: Dark Circle, a feature documentary about nuclear proliferation – Grand Prize Documentary at the Sundance (then US) Film Festival, winner of a National Emmy Award and short-listed for an academy award; Treasures of the Greenbelt and Secrets of the Bay, about San Francisco Bay and the surrounding open countryside. Tales of the San Joaquin – A River Journey about California’s Central Valley which was nominated for the Pare Lorentz Award of the International Documentary Association.

Recent films reflect Christopher’s concern with water issues and landscapes: Tulare The Phantom Lake and a new film-in-progress, Where Once Was Water, Las Vegas set in the driest city in the United States, Las Vegas, Nevada.

His most recently completed film prior to Recuerdo, Nicholas Herrera, Land, Water, Art is Racing to Zero: In Pursuit of Zero Waste, which has appeared in two dozen film festivals across the United States and the globe, was shown on more than 200 PBS stations over 700 times in conjunction with Earth Day, 2016, and in early May of this year was shown on Russian television in Vladivostok to an estimated audience of 300,000.

Christopher has also taught, mentored, and lectured widely about documentary film, including at the UC Berkeley Graduate School of Journalism, UC Santa Cruz, and the San Francisco Academy of Art.
© 2016 THE WISDOM ARCHIVE